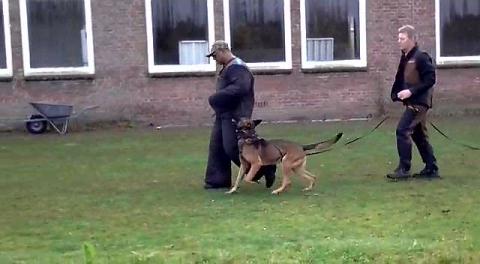 The training of Police dogs was not an unknown to the Netherlands before the NPV – Nederlandse Politiehond Vereniging became fact. There was no actual institute or society to guide and help the organization of setting up training sessions in order to teach others about his particular training form. Mr. Couwenberg and his Boxer “Max”, Mr. Van Oosten with his Shepherd “Piet”, Mr. Steijns with his Dutch Shepherd “Frits” and Mr. Lokerse with his French Shepherd “Piet” were the gentlemen who came up with the idea of forming a society since they had already gotten great results with their dogs which they felt should be honored in some shape or form.
In September of 1907 Hr Muller of the German Polizeihund Verein invited Mr. Herfkens from The Hague to witness a competition in Hagen, Germany. It is there that he met Mr. Kessler who was also from The Hague, These two gentlemen and Mr. Steijns from Roosendaal felt that the time had come to start up a Dutch Police Dog Association as had already happened in Germany and Belgium. A month later, on October the 25th of 1907 to be exact, the gentlemen came together in Mr. Steijns pharmacy “the Unicorn” in Roosendaal and started up the NPV, The Dutch Police Dog Society.

The Dutch Police Dog Society (as the society was called in the beginning) was officially founded on Friday, November 1st, 1907. Statutes were put to paper for the first time in 1908 and were rewritten many a time due to the situations that were encountered during real life scenarios. After many re edits of the statutes they were finally approved by a notary of the council of Her Majesty the Queen, Queen Wilhelmina, after which the statutes and rules for the NPV became fact and official.

The “K” stands for Koninklijke ( Royal) and was added on February 28th, 1912. After the “K” was added the question arose as to where to put the letter in the logo of the KNPV. If you look at the logo from before September 7th, which was the date that it was renewed, you will notice there is no “K” to be found. Instead there was a crown added which symbolized the Royal mention of the KNPV.

Even tho the KNPV was founded in Roosendaal the bureau is now located in Duiven. Officially the KNPV is seated in The Hague.

In those days when talking about police dogs most people would think about nose work only. Real talk about bite work got slight to no attention at all. Thankfully time has taught us that the protection qualities of the police dog were just as important for the task they were designated to. The disappointment of not being capable to train a police dog for nose work so that he could trail anything and everything was soon forgotten. People realized quickly that every dog was different and each dog has its own skill set and character that made it suitable for things that another dog might not have been suited for.  This also showed that a trainer had to be competent enough to match his training skills to the dog in front of him.

In the early 20th century, when this concept was not yet accepted there were discussions raised about the training of dogs and should all dogs be trained in the same “Hard/Harsh” manner, or should the training be suited to the dog in front of you? However one trained a dog tho, the goal remained the same, achieving the KNPV PH1 Certificate that matched your dog’s abilities.

The KNPV Certificates one can trial for today are:

PH1 – Police dog 1
PH2 – Police dog 2
Obj.Bew. – Object Guarding
Basic Tracking dog
Tracking dog – Tracking, sorting, SAR disciplines
From all the people that have worked in setting up the NPV, later known as KNPV, Mr. J.Key should certainly be mentioned. He was the Chairman 1920 up to 1926 and responsible for a large part of the KNPV rules as we know them.

The German Police dog Association took a large part of the NPV rules and applied them as their own. Colonel G.J.P.A Thomson, treasurer from 1920 to 1927 is also named as one of the more important people and driving forces behind the back then still unstable KNPV. 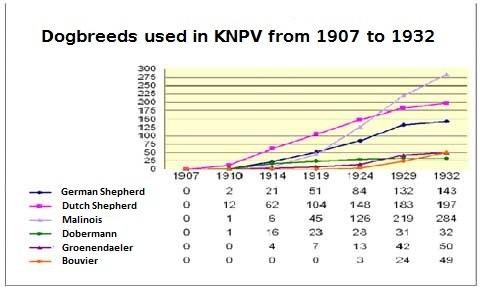 After 25 years more than 800 dogs obtained their KNPV PH1 certificate. These were the above mentioned breeds as well as 5 Airedale Terriers, 8 Briards, 15 Beaucerons (French Shepherd), 9 Rottweilers and 1 Riesenschnauzer, the rest were cross bred dogs.

The fact that the German Shepherd was the most used breed to begin with was because it was a breed that one could acquire quite easily. Following the breed regulations of the Dutch Shepherd a lot of good dogs did not get accepted as Dutch Shepherd. An example of this was made in 1914 when suddenly only the brindle color was accepted and the other colors, including fawn, were suddenly excluded. These same dogs, that were not acceptable to the Dutch Shepherd Standard could however be accepted for the Belgian Shepherd Standard. This, more then likely, explains the rise of the Belgian Shepherd in the KNPV.

It is a shame to know that some good working lines of Dutch Shepherds in 1932, which were highly trained within the KNPV and that had proven their working capabilities, were forgotten when breeding Dutch Shepherd Working lines due to this.

The breeding of cross bred dogs was happening more and more. This was partially to blame due to the lack of finances since cross breds were obviously cheaper than purebreds were, and the FCI (Federation Cynologique Internationale).

As opposed to surrounding countries it was not needed for a dog to have the title of working dog, or some other title, in order to obtain the champions title.

After the second world war many dogs from purebred lines were again not registered with the FCI for the simple lack of funds to do so. Registering a dog for a piece of paper that cost a lot of money simply made no sense since this piece of paper did not make the dog any better. This is where the split between purebred and cross bred became fact and nowadays you will still see that the majority of dogs being trained in KNPV are from cross bred lines rather than purebred.

This in no way means that the lines of the cross bred dogs are not known. Many, if not all breeders know exactly what can be found in the lines of the dogs they breed and their information and knowledge is found to be of use to many. The breeders use dogs from working lines that go back quite a few years and that have proven themselves over time. 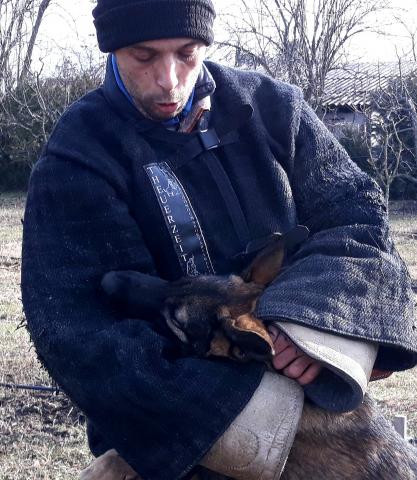 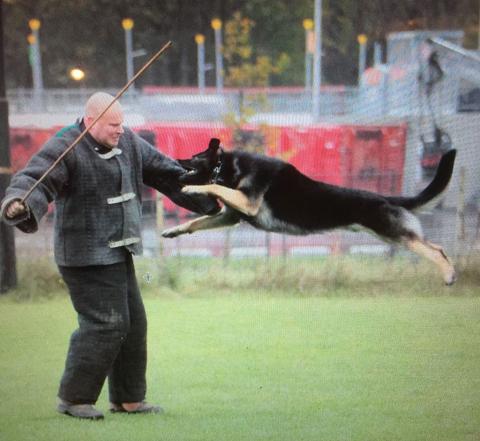